I grew up in the north of England and it was generally always grey skies and rain. We don’t tend to get the best of weather up here, you could probably call it dull at best; like the weather things often seemed pretty bleak (Being a teenager at the time and all). I found, along with the people I hung around with at the time, a certain type of music to define how I felt, and there was a certain place that was the home of that…Manchester.

I actually hail from the other side of the Peaks (Peak District) to Manchester, much closer to Sheffield and although the city is great and has a rich musical and football history in itself, I still feel much more of an affinity with Manchester. Manchester has become my spiritual home. That statement probably sounds pretty crazy to a lot of people that live there but it is home to two of my greatest passions in life, football and music. It is home of my favourite football team Manchester United and the birthplace of bands from my youth The Smiths and The Stone Roses. A perfect example of these two passions of mine blending is when Man U comes out to the sound of The Stone Roses’ classic song ‘This Is The One’ before a game.

I have traveled to Manchester numerous times over the years (a real pilgrimage I know!) and the city can come across like many other cities in England, fairly ordinary and drab and suffering from the same economic illness as most of the rest of the country. Arrive at Old Trafford, otherwise known as The Theater of Dreams, however and hear the legendary songs and for me the history and true culture of the great city comes to life and it’s good times once again! 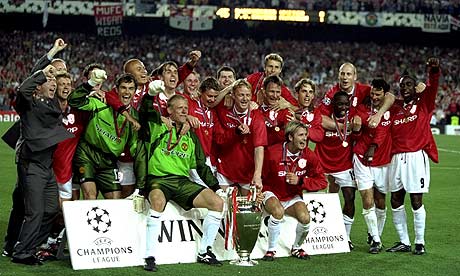 Pinnacle of Success in 1999

Although I love music, technology and design, life would be nothing without football. It’s in my blood, and ever since I was introduced to Manchester United as a young kid, the sport has been one of the most important things in my life. I am definitely not your average glory supporter though and I have a real love of the game itself and I like to see it played well in all leagues and in any team. Manchester United, to me and many other fans, more than anything defines an attitude, and it’s something that can be transcended not just to football but all aspects of life. The club has a rich history of great managers with talented groups of players, starting with the Busby Babes in the 60’s, the re-building of the team after the Munich Air Disaster and continued with Sir Alex Ferguson for 26 highly successful years at the club.

Sir Alex in particular is a character I am familiar with as his tenure coincided with me growing up. He joined Manchester United in 1986, the same year I was born, and after a few dodgy seasons (in which the man himself could have been sacked!) he delivered trophies and great teams with amazing consistency up until his eventual retirement at the end of the 2012/2013 EPL season. He of course won the league on his way out and could have exited with even more glory in his final season had Manchester United had a better rub of the green in the Uefa Champions League. The second league of the last 16 tie with Real Madrid springs to mind and Nani’s controversial (to say the least!) sending off at Old Trafford with United in complete control of the tie.

Sir Alex brought in players like Roy Keane who, whilst a great player in his own right, wanted to win at all costs, and he made sure he transferred that will to win to every single player in the dressing room. Sir Alex nurtured and then integrated the class of 92, instilling a gym culture throughout the squad at this time with every single player wanting to train and succeed instead of party. He signed Cristiano Ronaldo whilst still very young and rough around the edges and gave him the stage to prove himself as arguably the best player in the world. Cristiano still refers to his old boss as a second father. Sir Alex simply changed the image of Manchester United from a much loved and respected club, with a history of fighting adversity to a place with legendary status worldwide. 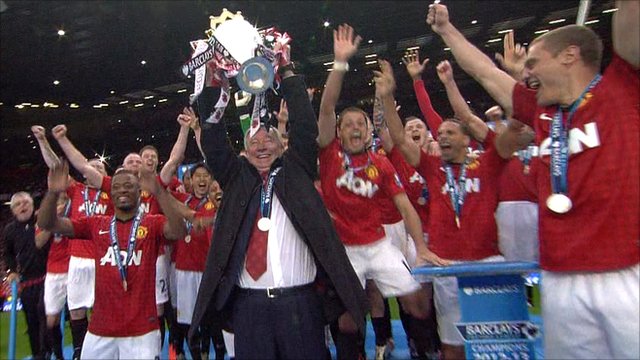 End of an Era

It is the end of an era. With Sir Alex departing, the club is embarking on a new chapter which has admittedly got off to a stuttering start. I personally believe David Moyes will eventually prevail and the glory days will again return to Old Trafford. I believe this because David Moyes’ biggest advantage is the club he is at is Manchester United. It is a club that is run well (so he doesn’t have to constantly fear the sack) and a club with a vast and rich history and an attitude of winning and success and, possibly most importantly, never say die. Hopefully because of the club’s attitude and history it will continue to attract like-minded players who crave success and not a paycheck, and that is something that money still cannot buy.